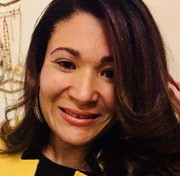 Rev. Geisa (Geisa is pronounced Hay- sa) Matos was born in the beautiful Caribbean island of the Dominican Republic. God called her to the pastoral ministry when she was a teenager. When she finished high school, she started taking courses in theology at the Seminary of the Dominican Evangelical Church. At the same time, she was a full-time student at Santo Domingo Autonomous University, where she was pursuing a bachelor’s degree in clinical psychology. Currently, she holds two associate degrees, one in liberal arts and another in psychology.
In 2002, she immigrated to the United States, where she earned her Bachelor of Liberal Arts at Harvard University. In 2013, she received a Master of Divinity from the Boston University School of Theology.
While studying at Boston University, she served as a pastor at the United Methodist Mission La Restauracion in Springfield, MA. Later, she was appointed to the First United Methodist Church in Manchester, NH — which is the oldest continuous congregation in that city. During her time in Manchester, she became an ordained United Methodist Minister. Rev. Matos is currently as the solo pastor of Ballard Vale United Church in Andover, MA. This church is affiliated with the United Church of Christ and the United Methodist Church. She will join our church with her two precious girls. Anisha Machuca (who will turn 4 in June). Anisha loves to dress up as a princess and sometimes goes to bed with her crown on. Her oldest daughter is named Geila Machuca. She is turning 6-years-old in June as well, and she enjoys drawing.

When referring to the church building, Geila and Anisha ask their mom, “are we going to hallelujah? Her daughters keep her busy, but Rev. Matos is used to managing a loaded schedule. Her educational accomplishments, as well as her contributions to numerous organizations — both in the Dominican Republic and the United States, are impressive. For instance, when Rev. Matos was a Boston University student, she founded and became the first president of the Latino Student Association.

Rev. Matos enjoys working in partnership with other ministers and nonprofit organizations as well. She has a passion for ecumenical work and is a leader of the World Methodist Council, through which she helps produce resources for worship and liturgy for Methodist churches around the world. She mentors other female pastor leadership through the RISE Together Mentorship Network, founded as an initiative of the Union Theological Seminary.

A member of First United Methodist Church, Bonnie has been the church secretary for over twelve years having come from the corporate environment of  Digital Equipment Corporation and Compaq Computer.   She is a member of the Adult choir, plays in the Handbell Choir, and serves on the Church Council.

Many around FUMC know Bonnie for her "Bear-With-Me Ministry"; a service that shares God's love in the form of a huggable teddy bear.  People can ask for a bear to be given to an adult who may not have someone to provide the comfort that only a bear-hug can give.  There is no charge and the bears are often given to the people anonymously, bringing joy to those who have received one.

You may reach Bonnie via e-mail at Bonnie@hudsonfumc.org

Lisa became the Music Director at FUMC in the fall of 1996. Her duties as Music Director include directing the Adult Choir, directing the Handbell Choir, and assisting the Pastor with the planning of music for the weekly services. She is also the monthly newsletter editor for FUMC. She graduated with honors from the Hartt School at the University of Hartford with a degree in Music Education in 1994. She also teaches private voice lessons through the River's Edge School of Music. She also directed the River's Edge Chorale between 2016 and 2019.

Lisa is a lifelong resident of Hudson and currently lives in town with her husband Chuck. Lisa is employed full-time at TJX Corporation in Marlborough, MA where she works as a Continuous Improvement Partner in the IT department. She holds a Certificate in Database Design and Administration from Northeastern University and she is a certified Master Black Belt in Lean Six Sigma. In her spare time, Lisa enjoys golfing with her husband. 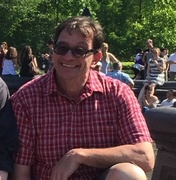 Mario joined our staff in June 2010. During the week he cares for the church building. On Sunday, and for special services including funerals and weddings, Mario serves as our Worship Sexton, preparing the sanctuary and Lamson Hall. Mario has been a resident of Hudson for most of his life. Mario has been married to Christine for over 36 years, has 4 children and 5 grandchildren. He worked at Digital Equipment Corporation for 13 years where he was recognized as an award-winning artist.

We would enjoy hearing from you! If you would like to see what is going on just navigate to the calendar page. Please feel free to join us anytime!